Emergent July! Great month for Emergent Action. We launched the Emergent Action website and Neil Richardson and the Communities of the Future network played an important role at the World Future Society Annual Conference in Washington, DC. 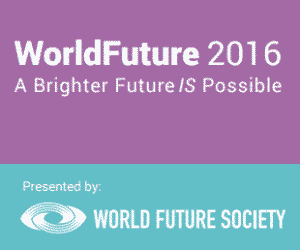 Tim Ward and Neil presented an all-day training on transformational communication that included key aspects of our work including Master Capacities, the notion of an emerging Second Enlightenment and Future Generative Dialog. Tim modeled all the best aspects of his book The Master Communicators Handbook and helped people better understand the critical role that communication has in creating and spreading new ideas and concepts.

The World Future Society conference also featured a Dialog with Emerging Leaders that was framed by the ideas in Preparing For A World That Doesn’t Exist-Yet. The dialog was facilitated by Allie Armitage who is the founder of Mind Into Matter and featured Rick Smyre and Neil providing context for key ideas in the book and how it especially relates to leaders under the age of 40. The dialog was the “official” launch of the book.

Emergent Action is part of the core group of leaders creating the next phase of Communities of the Future called COTF 2.0. After 25 year, Rick Smyre is pulling back and our network is creating something new and will be unlike anything else. Ongoing work on a sustainability plan is being led by Jim Damicis and our core leadership group that will create revenue streams.