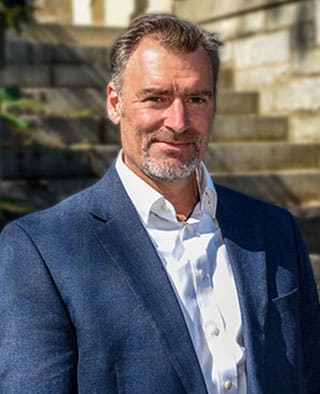 Neil Richardson DC, of Emergent Action, is a strategist, teacher and executive coach who specializes in smart government advocacy and integral thinking. He is the co-author of the recently released, Preparing For A World That Doesn’t Exist-Yet. Neil has worked on civil society building in West Africa and across the United States for over two decades organizing large-scale voter observation initiatives, civic engagement strategic planning processes. He has directed policy development for multiple elected officials in the District of Columbia, including serving as a policy adviser for three mayors. Neil served as the Director of Advancement, Partnerships and Continuing Education at the University of the District of Columbia where he was a founding member of the team that launched the District’s first community college.

Over the course of his public he has executed multiple projects that required entrepreneurialism and adaptability to quickly respond to opportunities and changing circumstances. At the University of the District of he created from the ground up the Continuing Education program that has served thousands of people and organizations. In multiple political campaigns, Neil has had the opportunity to create and guide campaign policy and field strategies and as a in the Communities of the Future he is facilitating the next iteration of that organization as it creates content and a business structure for sustained impact. Neil is both an expert in Best Practice research and Adaptive Planning initiatives. In 2018, he is developing an online course for a major education partner.  Neil is an instructor and speaker in Georgetown University’s Institute for Transformational Leadership and George Washington University’s Center for Excellence in Public Leadership and he is Deputy Director at DC Appleseed focusing on Workforce Development, Special Education, 0-3 Pre-K funding, Long Term Care issues and managing operations.

A Way of Life

Whether leading roundtable discussions in low-income wards in the District or presenting research at conferences, Neil’s enthusiasm, expertise compassion are always evident. Facilitating civic engagement and collaborative problem solving is more than just a job for Neil, it is a way of life. Neil has been a founder or leader multiple collaboratives including Collaboration DC and currently Communities of the Future.

Neil has also led and/or participated in a variety of civic, human rights, environmental and local initiatives such as chairing the Mount Pleasant Heritage Trail initiative, volunteering in political campaigns and advocating for rooftop solar, among others. Amnesty International is his favorite charity. He is inspired by the personal courage that ordinary people take to make a difference in their communities and believes in the power of networks and dialog to make that happen.

Neil pursues a balanced life that includes intentional and integral exercises that develop and sharpen his mind, body spirit. An avid soccer player, he also regularly meditates and is the founder of www.waltwhitmanmeditation.com that advocates for a unique secular meditation based on his original research about Whitman’s practice that led to the transcendental insights of his poetry. He has taught this meditation multiple times to novice and experienced meditators.

Neil believes a strong personal life and foundation allows for maximizing capacities and creating an overflow of abundance; the sharing of this overflow is his greatest aspiration. He enjoys coaching emerging leaders.

Neil received his B.A. degree in Political Science from the University of South Florida where he attended on an athletic scholarship. He graduated with an M.A. from Georgetown University where he studied International Affairs and democratic theory.